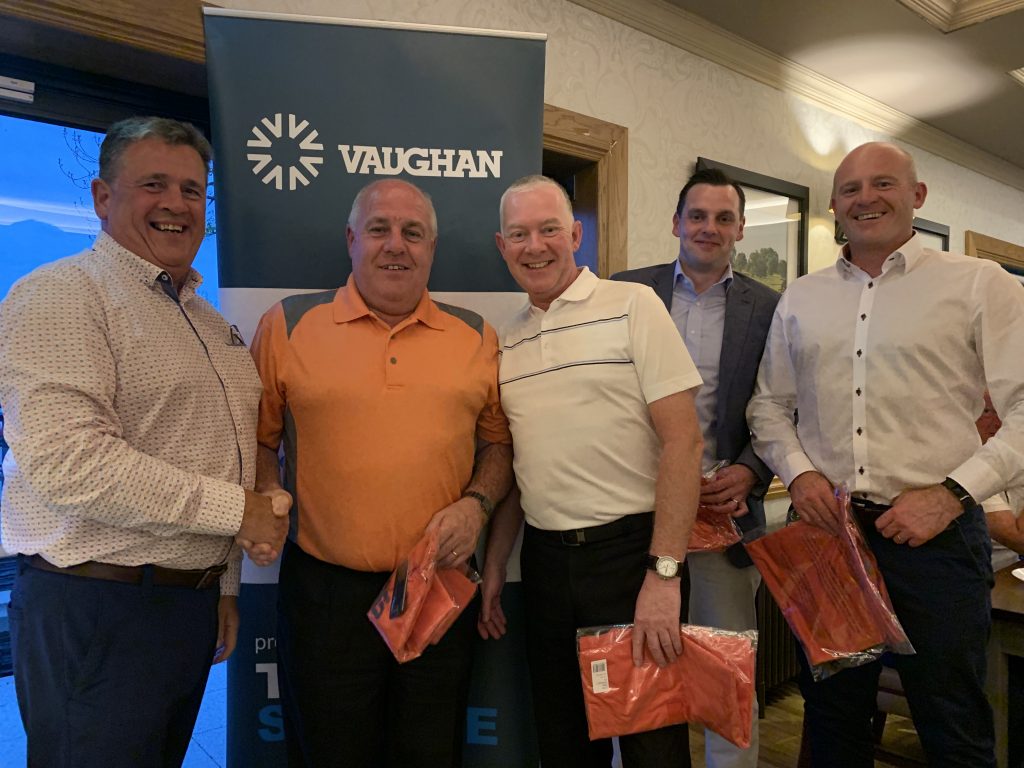 Our 4th Annual golf day was once again held at Rockmount Golf Club on Friday 17th May 2019. And even with the wind and rain for the first hour of play nobody seemed to tee’d off!

It was great to see so many regular attendees with some new faces thrown in this year!

The “Beat the Pro” competition on the 9th hole proved once again successful although mainly for the Chris who lost to only eight of our sixty-five players.  From this competition, we raised £750 for Friends of the Cancer Centre, which is greatly appreciated by the Charity.

Scores were close with the biggest competition between the VESL Staff, who would win this year and claim victory! As it were Adam Sands emerged victorious with an amazing score of 38 points (although handicaps are now subject to analysis and calls for a judge’s recount have rung out!)

Congratulations to all our winners in the Client and Supplier Categories with Colin Kirkpatrick and Chris Simmons claiming top prize respectively. Other winners of the night were for the Client Competition – Brian Magee, Stephen Young, John Wilson and Hugh Hawthorne. Over in our Suppliers competition Billy Treacy came 2nd followed by John McDonnell in 3rd place.

Other competitions included, Nearest the Pin, Longest Drive, Gross and Team Prize. Congratulations to everyone who won!

Thank you to all our Clients, Suppliers and Staff who helped make this event once again successful.